Author of ‘What Color is Your Parachute’ has died 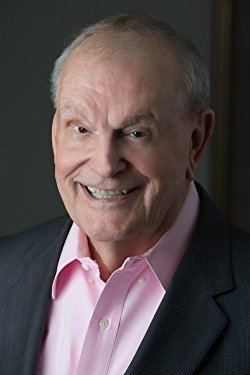 Legendary job search guru, Richard Nelson Bolles passed away on March 31, 2017 at the age of 90. You may recognize him from his book, which has been published annually since 1983, “What Color is Your Parachute?” It’s  recommended reading for job seekers who aren’t sure of what career path to take.

I met Dick Bolles at a seminar in Irvine, California more than 15 years ago when I was first starting my resume business. He was a really nice man, who genuinely cared about his audience, and grateful when I told him my own story of how I got into the careers business.

His guidance helped me change jobs and careers several times over. I went to college to be a radio disc jockey. After graduation, while working part-time in Phoenix radio, I knew I also wanted to work for an airline. Dick Bolles’ book helped me determine my transferable skills to get me there. After moving to Denver, I decided I wanted to try television news. Once again, Dick’s book was my “go-to guide” when it came to getting me there. I worked my way into network news and after four years of that, I once again picked up “What Color is Your Parachute?” to figure out what to do next with my career.

The year was 2000 and I was tired of writing about people’s lives after they endured a major tragedy. TV news can do that to you. For me, the Columbine High School Shootings was the story that did me in. But I had no idea what I wanted to do next. Once again, it was Dick’s book that got me through it. After reading through the chapters that pertained to my situation, it hit me. I was really good at writing and getting a job.

Growing up, I never thought I would end up as a professional resume writer. It’s not a profession that’s on anyone’s radar. And colleges have yet to offer it in their technical writing programs. But it seemed like a viable occupation, at least to me. It’s also the longest job I’ve held, even though I’ve moved back and forth across the country 8 times since then while remaining open for business.

For that, I am grateful to Dick Bolles who had a huge impact in my career.  I will miss his annual updates to “What Color is Your Parachute?”